On April 9, 2018, the Department of Health and Human Services (HHS) extended an existing transition policy for certain health plans that do not comply with the Affordable Care Act (ACA) for an additional year, to policy years beginning on or before Oct. 1, 2019.

In states that allow it, health insurance issuers have the option of renewing current policies for current enrollees without adopting all of the ACA’s market reforms that took effect in 2014. Originally announced in 2013, the transition policy has already been extended several times.

Certain non-ACA compliant plans may continue to be renewed for policy years beginning on or before Oct. 1, 2019.

All noncompliant plans renewed under this extended transition policy cannot extend past Dec. 31, 2019.

Late in 2013, millions of Americans received notices informing them that their plans would be canceled because they did not comply with the ACA’s reforms. President Barack Obama received criticism that these cancellations went against his assurances that if consumers had a plan they liked, they could keep it.

Responding to pressure from consumers and Congress, on Nov. 14, 2013, President Obama announced a transition relief policy for 2014 for non-grandfathered coverage in the small group and individual health insurance markets. If permitted by their states, this transition policy gave health insurance issuers the option of renewing current policies for current enrollees without adopting all of the ACA’s market reforms for 2014. This transition policy was later extended several times.

On April 9, 2018, HHS extended this transitional policy for an additional year, to policy years beginning on or before Oct. 1, 2019, provided that all policies end by Dec. 31, 2019. Under the extended transitional policy, health coverage in the individual or small group market that meets certain criteria will not be considered to be out of compliance with the ACA’s market reforms.

According to HHS, the additional one-year extension is intended to smoothly bring all non-grandfathered coverage in the individual and small group markets into compliance with all applicable ACA requirements.

Also, as required under the previous transition policy guidance, health insurance issuers that renew coverage under this extended transitional policy must, for each policy year, provide a notice to affected individuals and small businesses.

For more details regarding the extension on Non-ACA plans - Download the complete ACA Compliance Bulletin.

Find me on LinkedIn 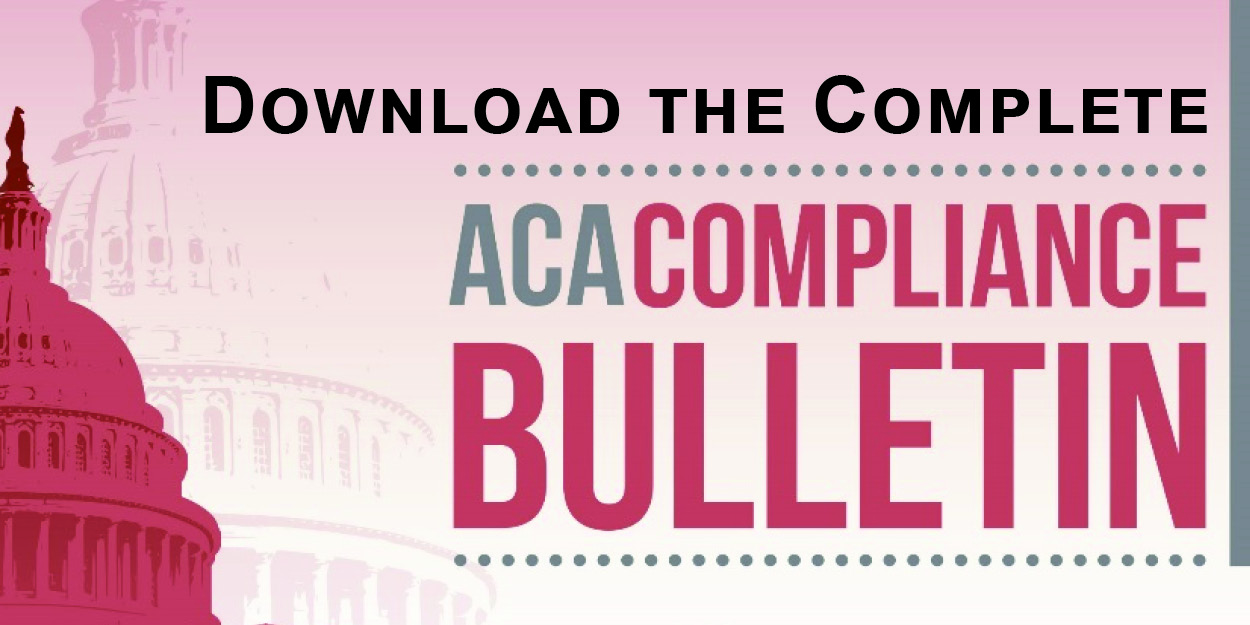 Connect with us on LinkedIn